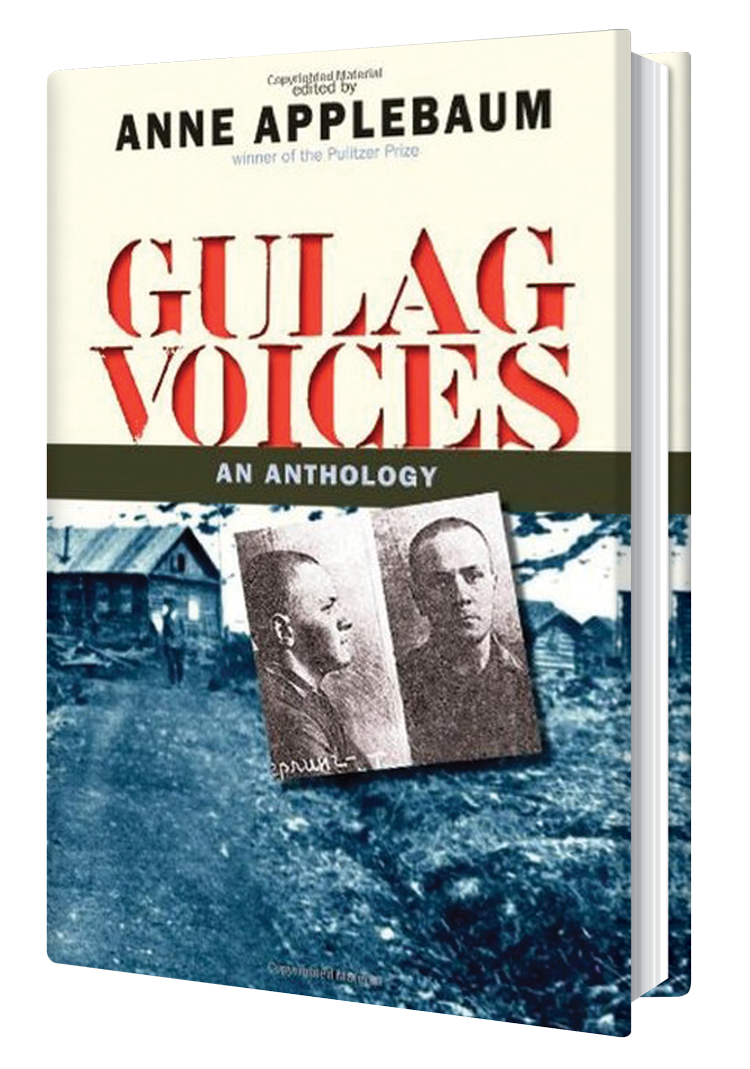 From Anne Applebaum’s Introduction:
“The writers in this volume have one thing in common: All of them were arrested for political crimes in the Soviet Union, and all of them spent years – sometimes many years – in the concentration camp system now known as the Gulag. There, however, their similarities end."

Certainly their backgrounds were very different. Some of them, such as the literary historian Dmitri Likhachev and the ethnographer Nina Gagen-Torn, were scions of the wealthiest and best-educated families of pre-revolutionary St. Petersburg. Others, among them Lev Razgon, were ambitious young members of the Bolshevik elite. Still others, including Hava Volovich and Elena Glinka, came from very ordinary, provincial famlies. Gustav Herling was a professional writer before his arrest; Isaak Filshtinsky a historian and scholar; Anatolii Zhigulin a poet. Kazimierz Zarod, by contrast, was a civil servant whose only book was his camp memoir.

Once inside the camps, their experiences were very different too. They held many different kinds of camp jobs, at differing times working in forestry, mining, factories and camp administration. One had a baby; another was a victim of a mass rape. One was a “norm-setter,” a person who decided what norms other prisoners would have to fulfill. Another spent time in a sharashka, a special prison for scientists, with a laboratory attached. They all played different roles in the hierarchy and the culture of the camps, had different relationships with the professional criminals and with the “jailers” and guards who watched over them. Some were shored up by their faith in God, others by close friendships. Others kept sane by writing poetry or singing popular songs.

The wide variety of people and voices found in this book is not accidental, for the Gulag itself was an extraordinarily varied place. The word GULAG is an acronym: Literally, it means “Main Camp Administration. Over time, however, the “Gulag” has also come mean not just the camp administration, but the entire Soviet slave labor complex: labour camps, punishment camps, criminal and political camps, women’s camps, children’s camps, transit camps, exile villages, Moscow prisons, rural prisons, railway cars. The authors in this book all survived at least one of these penal institutions, and sometimes several.

Most of these essays were written by people who were imprisoned in the Gulag during Stalin’s reign, for those were the years when the camp population was largest, the Gulag’s political role was most significant, and its contribution to the Soviet economy was greatest. Indeed, between 1929, when they first became a mass phenomenon, and 1953, the year of Stalin’s death, some 18 million passed through them. In addition, a further 6 or 7 million people were deported, not to camps but to exile villages. In total, that means the number of people with some experience of imprisonment, in Stalin’s Soviet Union, could have run as high as 25 million, about 15% of the population.

Nevertheless there were also earlier camps, set up by Lenin and Dzerzhinsky in the 1920s, as an ad hoc, emergency measure to contain “enemies of the people”: Dimitri Likhachev survived one of these. There were also later camps, in existence from the time of Stalin’s death until the end of the Soviet Union in 1991. Some of these, such as the one in which Anatolii Marchenko was imprisoned, became notorious for treating political prisoners with even more cruelty than those of an earlier era.

The camps had an extraordinary geographical breadth as well. The Gulag’s most famous camps were in Siberia and the far North, where prisoners worked in mines and cut timber. But the Gulag also ran camps in central Moscow, where prisoners built apartment blocks or designed airplanes; camps in Krasnoyarsk where prisoners ran nuclear power plants; fishing camps on the Pacific coast. The Gulag photo albums in the Russian State Archive conatin pictures of prisoners with their camels, prisoners in the desert, prisoners hoeing vegetables or shucking corn. From Aktyubinsk to Yakutsk, there is hardly a single major population center in the former Soviet Union that did not have its own local camp or camps, and nor a single industry that did not employ prisoners. Hence the central purpose of this anthology: “To provide the interested reader with a sampling of the wide range of experiences possible in the gulag, from transport ships to informers, from pregnancy to forestry…”