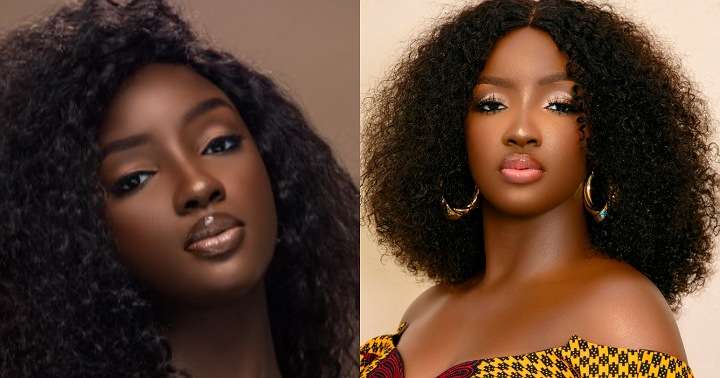 I feel like we sort of choked.” That’s how one former administration official recently described President Barack Obama’s failure to react to intelligence reports on Kremlin attempts to influence the U.S. election. Plenty of other people — including, with extraordinary cynicism, President Trump — have also asked why more wasn’t done. 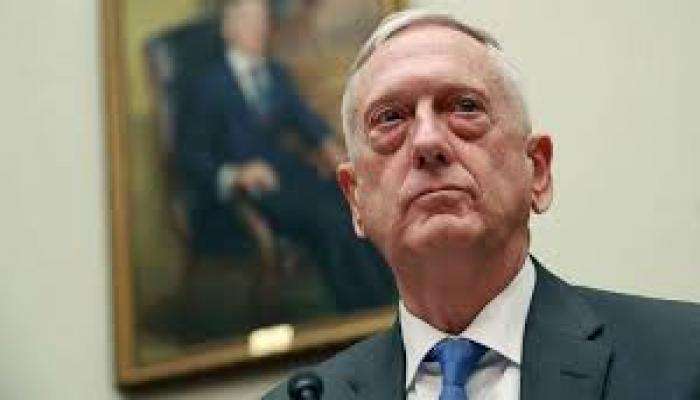 “It’s all under control: Mattis is in charge.” That, or words to that effect, is what U.S. national security officials have been telling European allies in recent days. Don’t worry. There won’t be any surprises. The defense secretary is making all the big decisions. 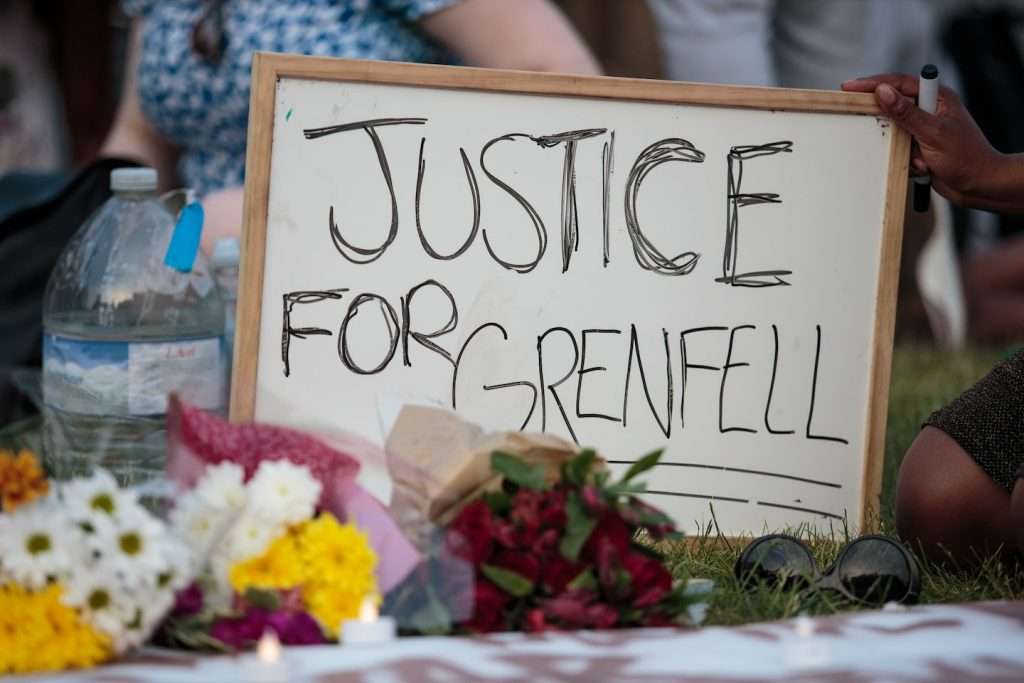 “Regulation” is a boring word with unpleasant connotations, especially in Britain. Schools, offices and governments have regulations. British students, employees and businesses seek to get around regulations. Regulations are thought to cost money, time and effort, preventing people from engaging in more productive activity. One of the most important arguments against the European Union in … 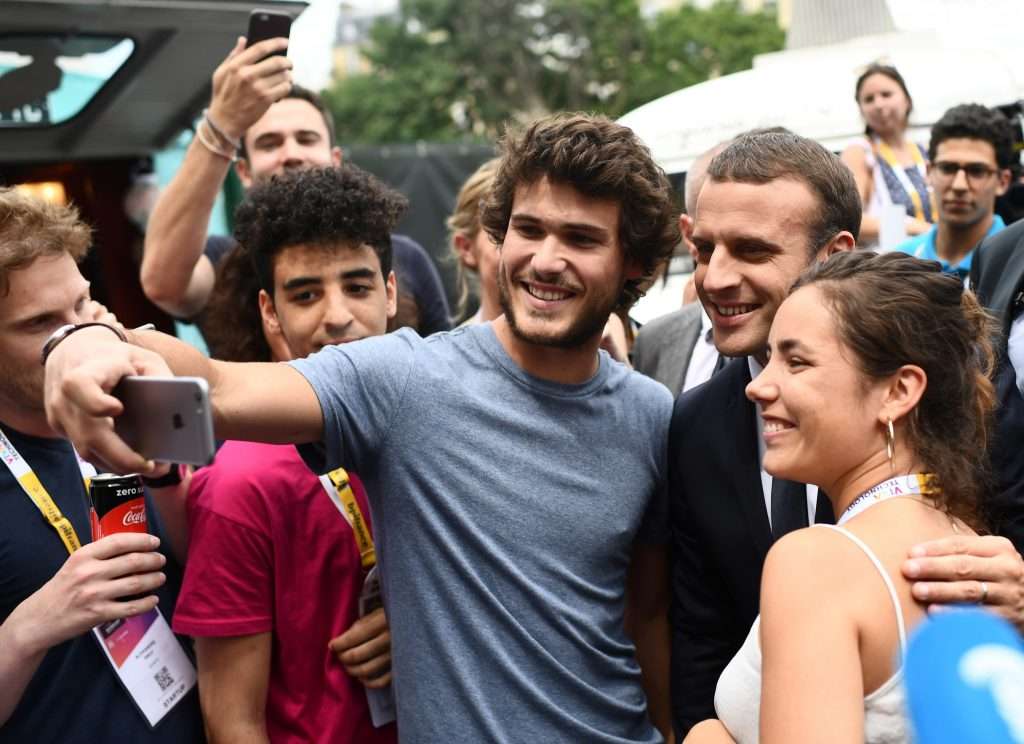 The contrast could not be more stark. Theresa May, the British prime minister, presides over a hung Parliament and a divided country. Donald Trump, the American president, rules alongside a Congress almost too paralyzed to legislate. In both countries, far-left and far-right movements and ideas have more adherents than ever; political debate is angry, hate-filled …

Everyone said Old Europe was dying. Sure doesn’t look like it now. Read More » 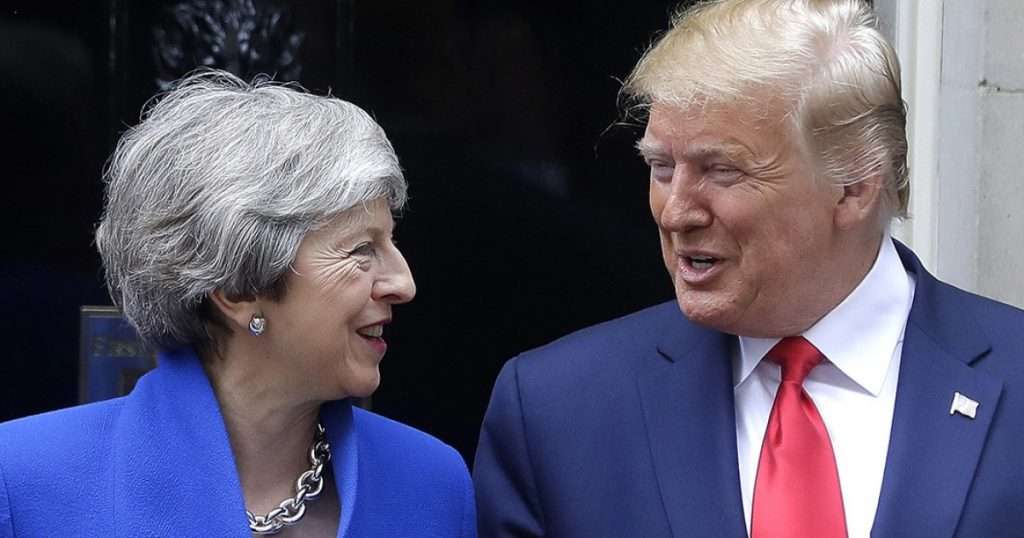 President Trump has told British Prime Minister Theresa May he will cancel his state visit to Britain,the Guardian reported today, supposedly on the grounds that there will be mass protests. But while some official disappointment may be expressed, behind the scenes there will be no sorrow in Downing Street. Although I don’t want to exaggerate … 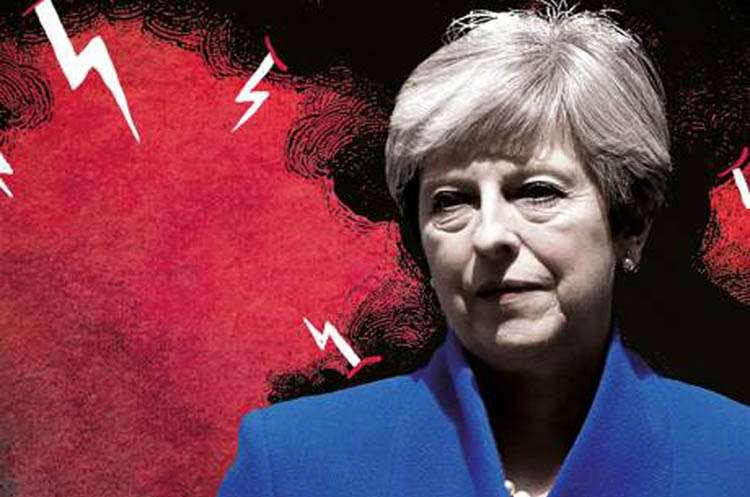 Theresa May had a plan: Steal the policies of Britain’s “far right” — the U.K. Independence Party — and then steal their voters, too. Since she took office about a year ago, the formerly moderate British prime minister attacked foreigners, jeered at the European Union and held Donald Trump’s hand. In April, she called an …

Theresa May and the revenge of the Remainers Read More » 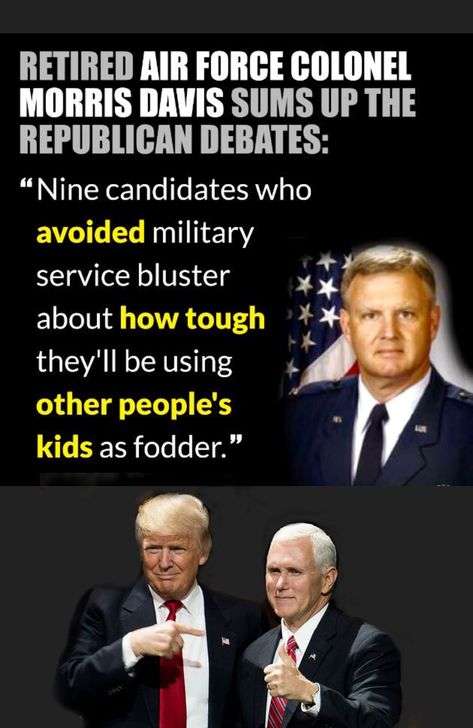 I admit: I laughed more than once. By the time I saw President Trump’s half-written, abruptly abandoned tweet — “Despite the negative press covfefe” — on Wednesday morning, Central European Time, it had been up for several hours. The #covfefe hashtag was already trending; Twitter was heaving with jokes. My personal favorites were the mock …

Politics is a joke, and that might be what’s keeping us sane Read More » 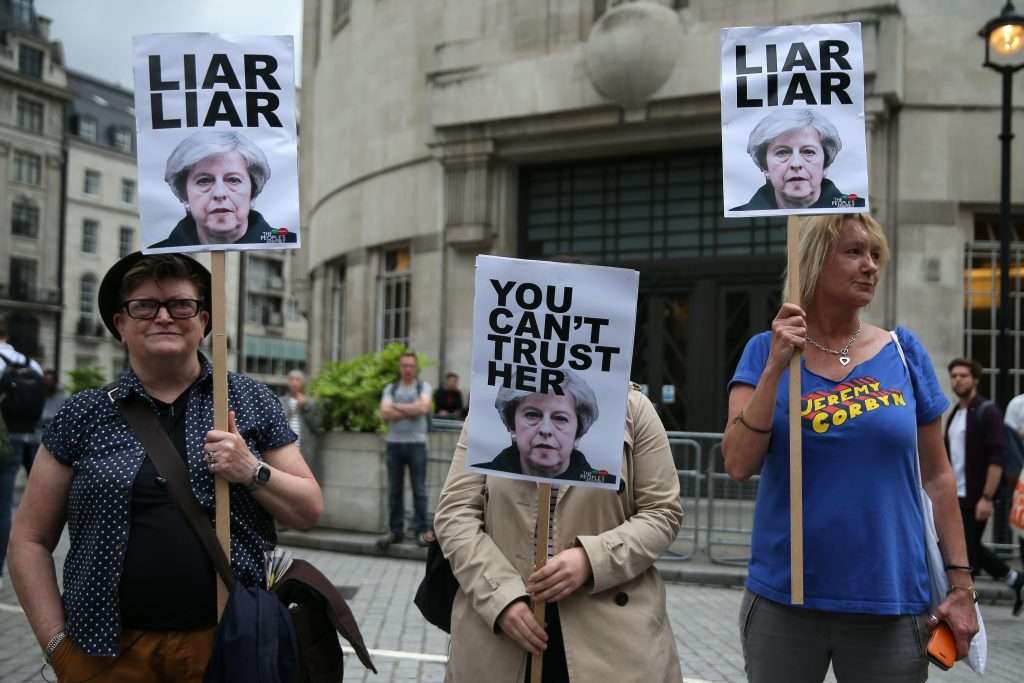 We are days away from the British parliamentary elections on Thursday. I’m not going to predict the result, but it’s already clear that the British prime minister will not get the landslide she wanted. The same polls that showed a huge majority for Theresa May two months ago have narrowed. Some foresee, if not an …

Theresa May won’t get a landslide. Beyond that, the British election is hard to predict. Read More » 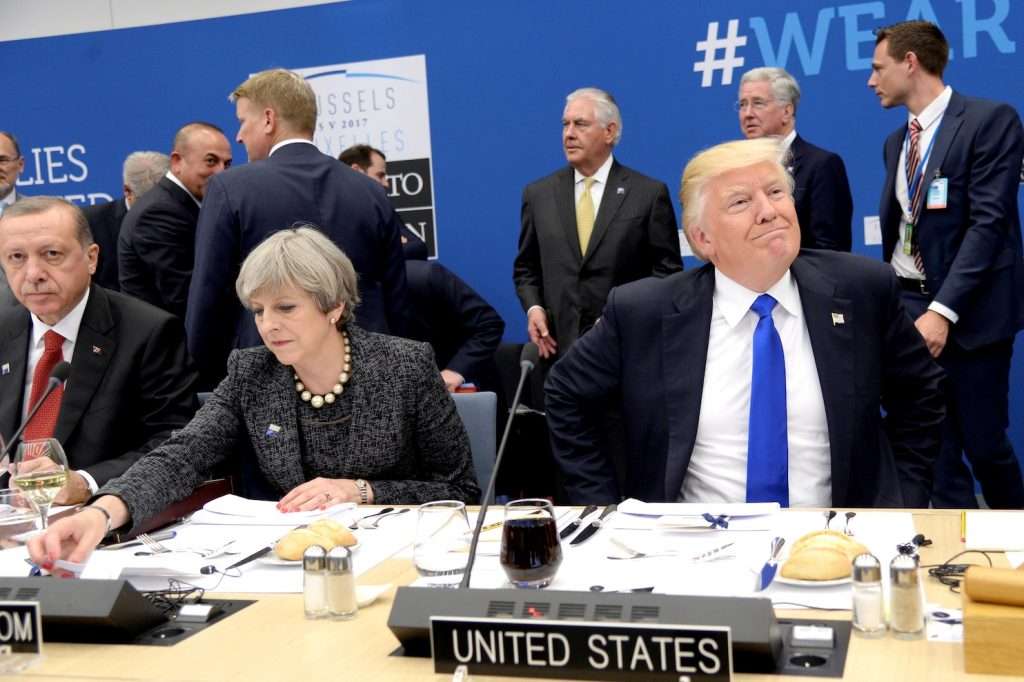 Just returned from Europe. Trip was a great success for America. Hard work but big results! — Donald Trump, Sunday morning For more than four months, the White House has confirmed no European ambassadors, filled no high-level diplomatic jobs and given no indication that it ever will. Occasional envoys, the vice president and defense secretary …

For the U.S.-European alliance, everything has changed Read More » 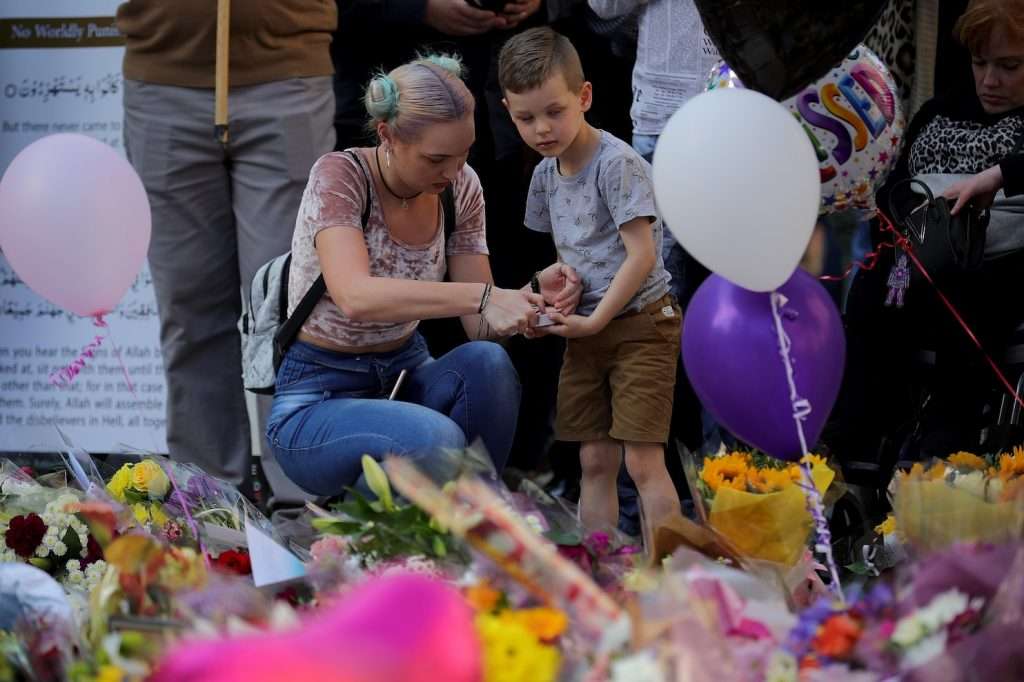 There is no correct reaction to terrorism. The cruelty, fanaticism and madness of a man who explodes a powerful bomb in a crowd of young girls inspires all kinds of feelings: horror, anger, sadness, fear, revulsion. None of those emotions is more “right” than any of the others. None of the language that people use …

There is no one right way to react to terror. There is a wrong way. Read More »